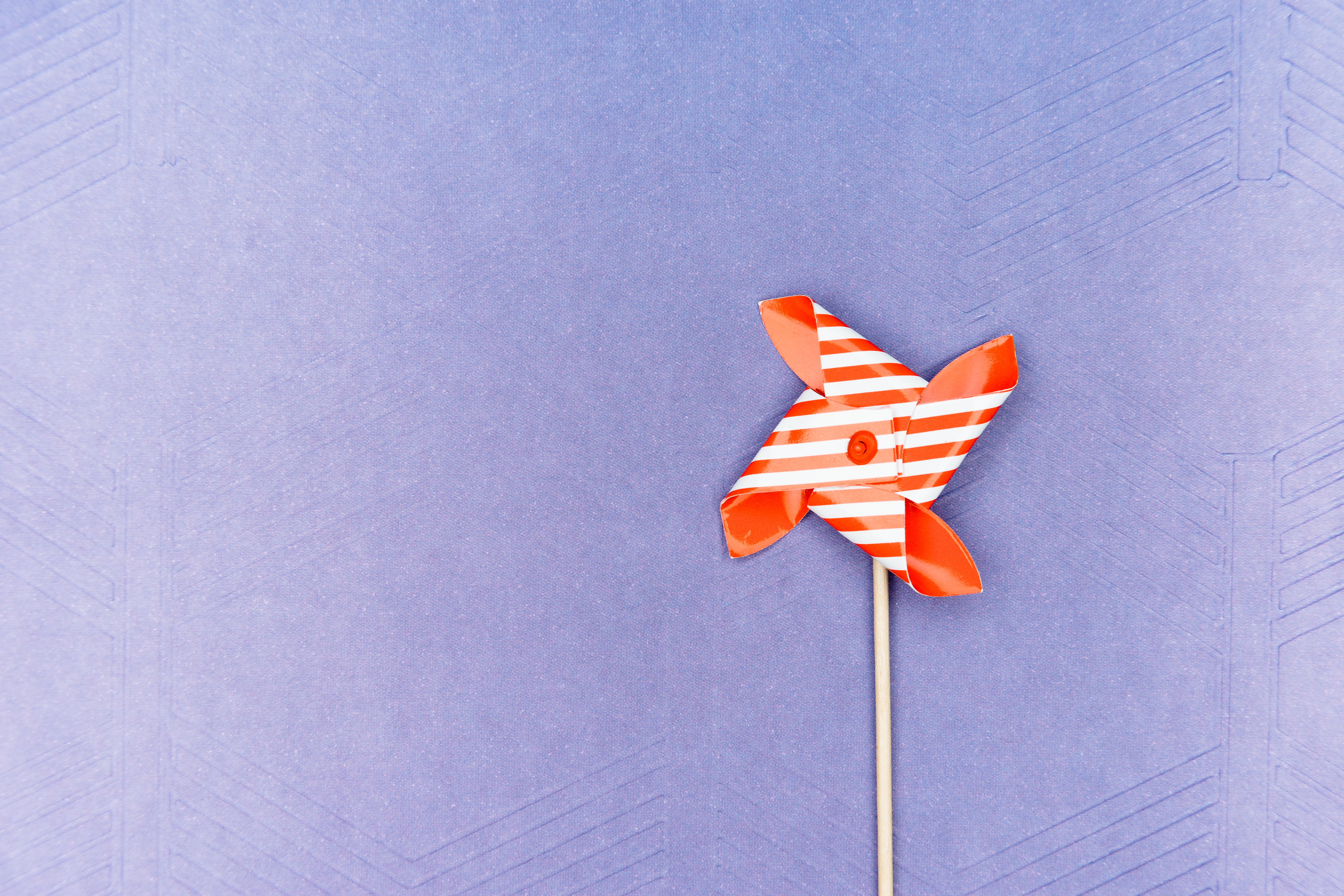 Spartan Ops is a continuation of the Halo 4 campaign and takes place approximately 6 months after the end of the story. Just like in the campaign, you and up to 3 teammates battle against Covenant and Promethean enemies to complete objectives and progress the story. However, unlike the campaign, you play as your Spartan IV character and earn XP, which allows you to level up. Spartan Ops is therefore very similar to Firefight from previous Halo games, and is often considered a replacement.

Although Spartan Ops is very similar to the campaign, there are a few key differences that you should be aware of when playing the game. The main differences are the following:

1. You can use your loadouts from Spartan IV, which means you can develop your own loadout to match your play style. These are the same loadouts you use in War Games.

3. Especially in the later missions, you will encounter much larger groups of enemies than in the campaign. It is quite common to find multiple Promethean Commanders in the same room, or to find more than 20 Grunts in a group.

4. In general, enemies are much more aggressive in Spartan Ops. In the campaign, enemies often shoot at you from a distance or creep towards you in small groups. In Spartan Ops, large groups of up to 10 elites can rush your position at the same time, which can be very overwhelming.

Because you can choose your own loadout in Spartan Ops, it’s very important that you make the most of it and build the best possible loadout for multiple situations. I strongly suggest you make two loadouts that you use solely for Spartan Ops: one to fight Prometheans and one to fight Covenant. When you start playing, you will have very few weapons and items available. Once you play a few games in Spartan Ops or War Games, you will level up your Spartan IV and unlock new gear. I suggest you craft the following loadouts as soon as you unlock all the required gear (you’ll have most of these items available before level 10):

In my opinion, this equipment is the best possible equipment to fight against the enemies of the Covenant. However, feel free to customize it to your own personal play style. The Carbine is the fastest firing headshot weapon with the largest magazine, so you can use it to easily kill Grunts and Jackals with headshots. You can supercharge the plasma pistol to stun and lift vehicles and also to remove Elite shields, allowing you to kill them with a carbine shot to the head. Promethean Vision is especially useful in Spartan Ops because it will help you get headshots and see enemies before they see you. It will also provide you with an early warning when enemies attack you. Plasma Grenades are the best grenades for Spartan Ops because they deal the most damage and stick to their target. This is especially useful if you play Legendary. For Perk 2, it is very important that you choose additional ammo so you don’t have to search for new weapons. This perk also gives you more plasma pistol energy. It’s not very important what you pick for Perk 1, but I personally prefer Armor Ability Regeneration.

1. Both the battle rifle and carbine are highly accurate and have 2x scopes. Be sure to use this to your advantage by taking out light infantry from a distance with headshots rather than engaging them up close.

2. If you have any UNSC weapon (other than a Rocket Launcher or Spartan Laser) equipped, you will get full ammo if you touch a UNSC crate. So keep an eye out for UNSC crates if you’re using the Promethean loadout, as you can use them to reload your battle rifle.

4. On outdoor maps, there are often unoccupied vehicles available. While I suggest you don’t use ghosts or mongooses, I do suggest using available mantises, scorpions, or specters. If you play cooperatively with a friend, you can also use Warthogs.

5. If you don’t already have a vehicle, consider hijacking enemy Wraiths instead of destroying them. Kill all the enemies around the Wraith and then use it with your plasma gun. Enter the Wraith’s turret and the driver will pop out, allowing you to take control of the Wraith.

7. When fighting hunters on foot, try looking for heavy weapons, like some kind of rocket launcher or a Spartan laser. If you can’t find any, weaken the hunters with plasma grenades and take them out with a shotgun or fully automatic rifle (such as SAW, Assault Rifle or Suppressor). Make sure to target his weak spots on his back.

8. In some situations, you will need sixteen in an area filled with a large number of Elites or Knights. When doing so, don’t rush; you will be overwhelmed and will most likely die before you can kill any of them. Rather, take out all the light infantry from a distance with your headshot weapon, then slowly approach the area. When you see an Elite or Knight away from their allies, take them out with a plasma pistol and headshot combination. Continue picking off stragglers around the area until there’s a much more manageable amount of enemies left. Whenever possible, avoid engaging many Elites or Knights at once, because after removing an enemy’s shield, they will retreat and the others will provide covering fire until their shields regenerate.

9. In certain missions, a large group of enemies (usually elites) will charge at you. Unlike the campaign, they won’t approach you one at a time; instead, they will try to overrun your position by charging in a single wave. Take cover in a good choke point, like a door, so you can fight them off one at a time. If you feel like they’re going to overrun you, go back the way you came and try to hold them at another choke point. Repeat this process until only a few Elite remain.

10. There is no safe spawn system in Spartan Ops. This means that you could respawn right next to a group of enemies. If this happens, enemies will most likely not notice you until you fire, so try to sneak to a safe distance before engaging them.

11. Throughout Spartan Ops, Miller and Commander Palmer often make believe that you have to do something fast. However, this is almost always a plot device; there is normally no time limit to complete an objective. The only exception to this is when you need to defend a target that has a health bar. In these situations, you will lose if the target dies, so make sure you protect them.

12. If you’re having trouble with a mission, try playing it with friends. Levels don’t get harder with more people, and having more people to draw fire from enemies is always helpful, no matter how bad they are. 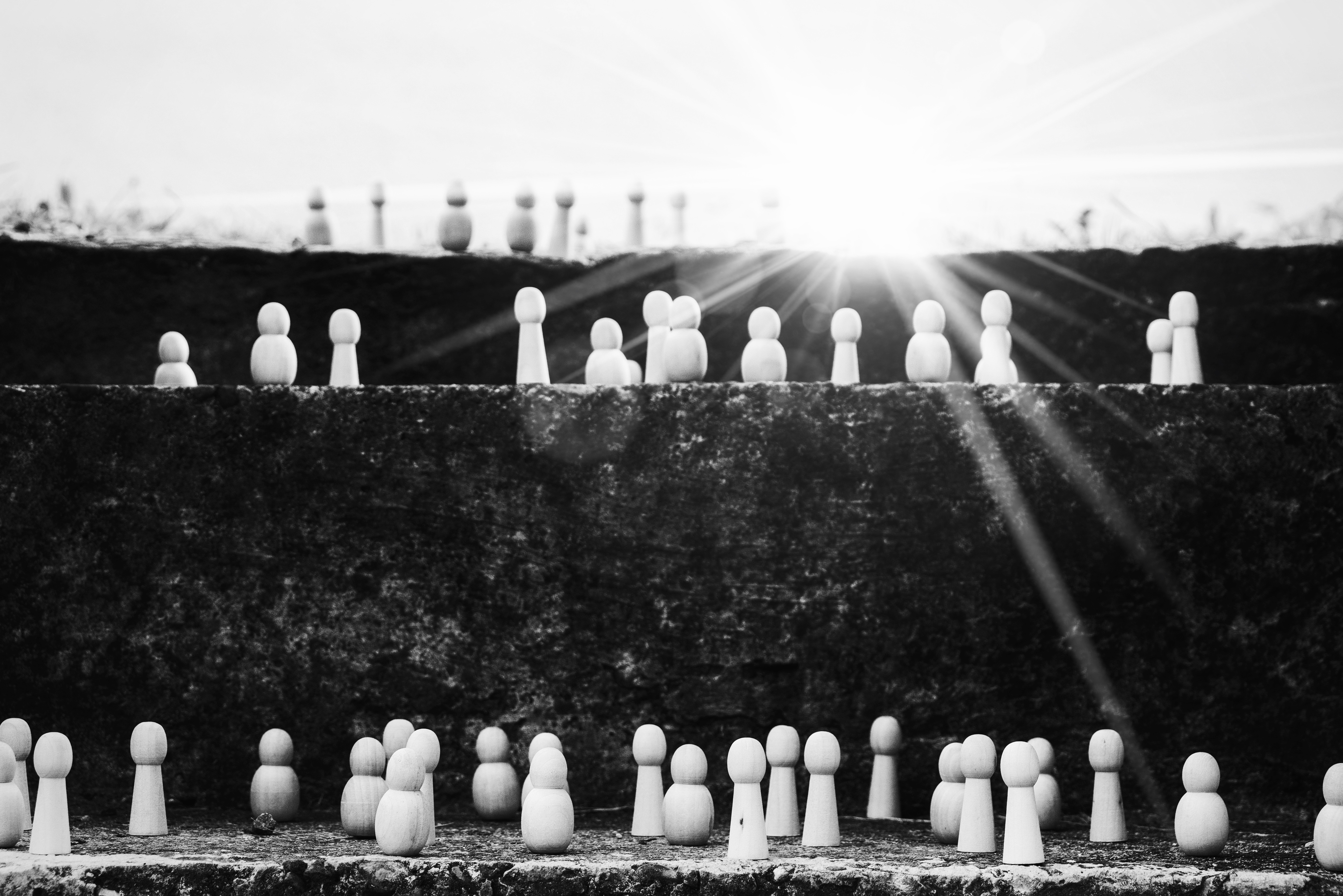 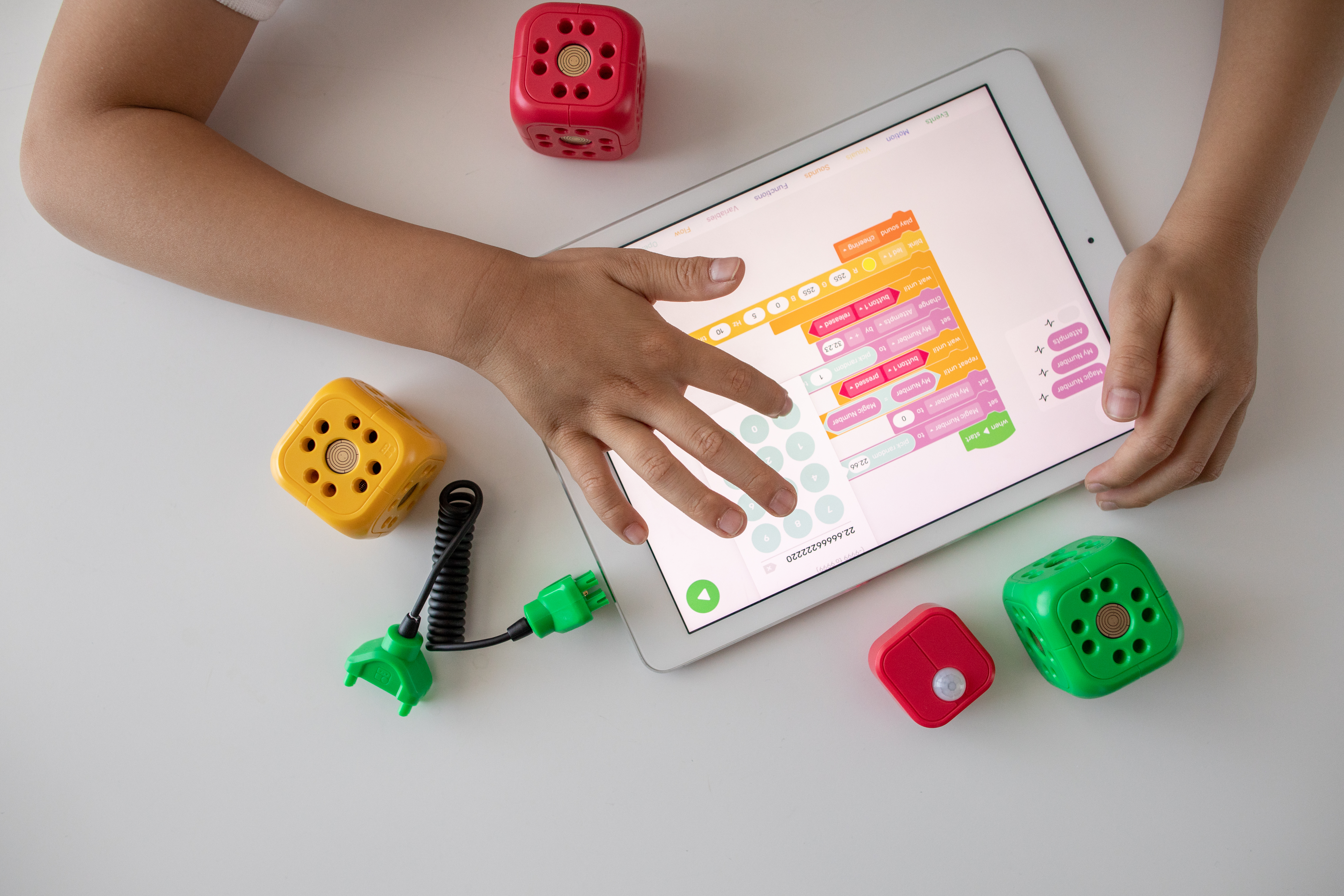 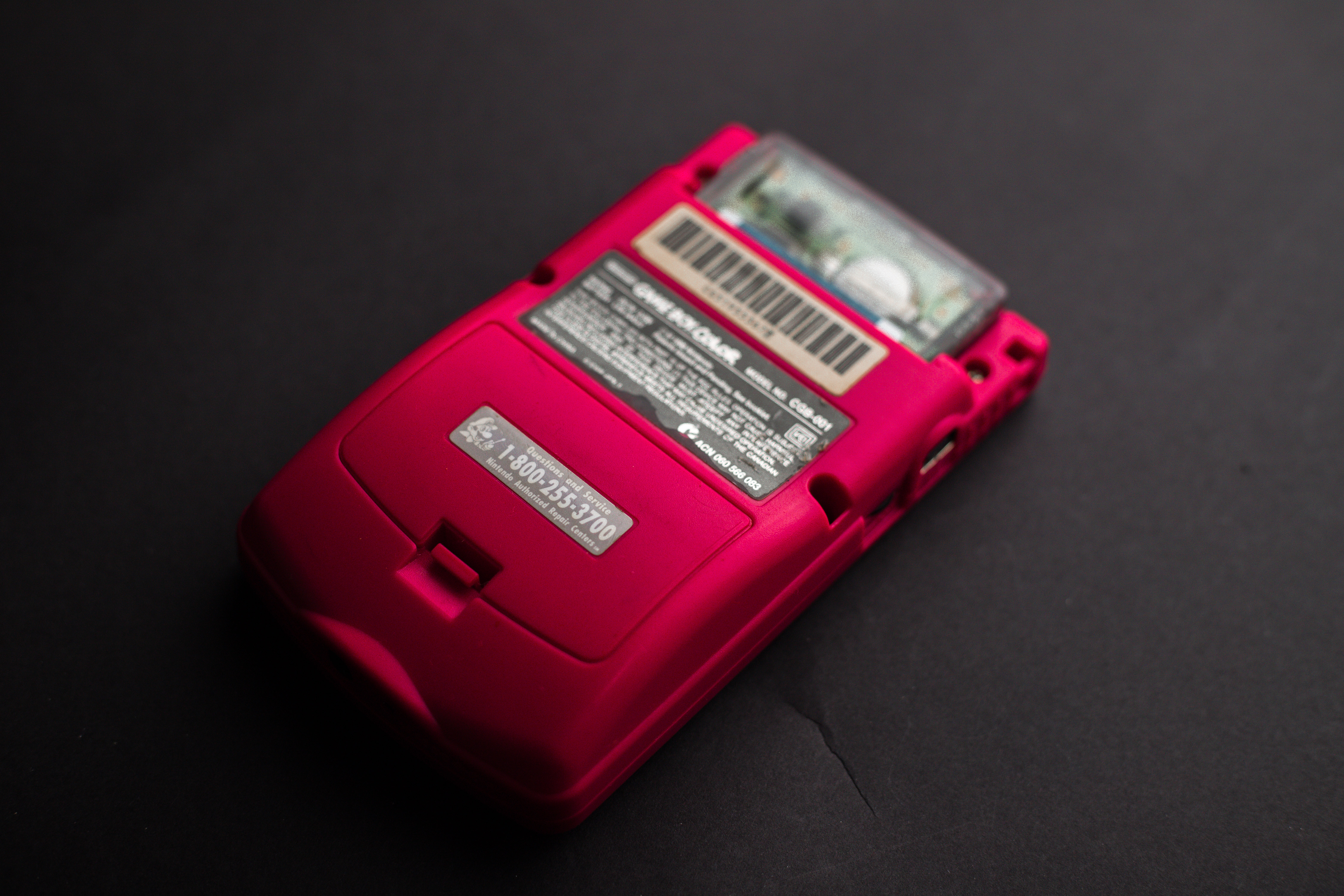