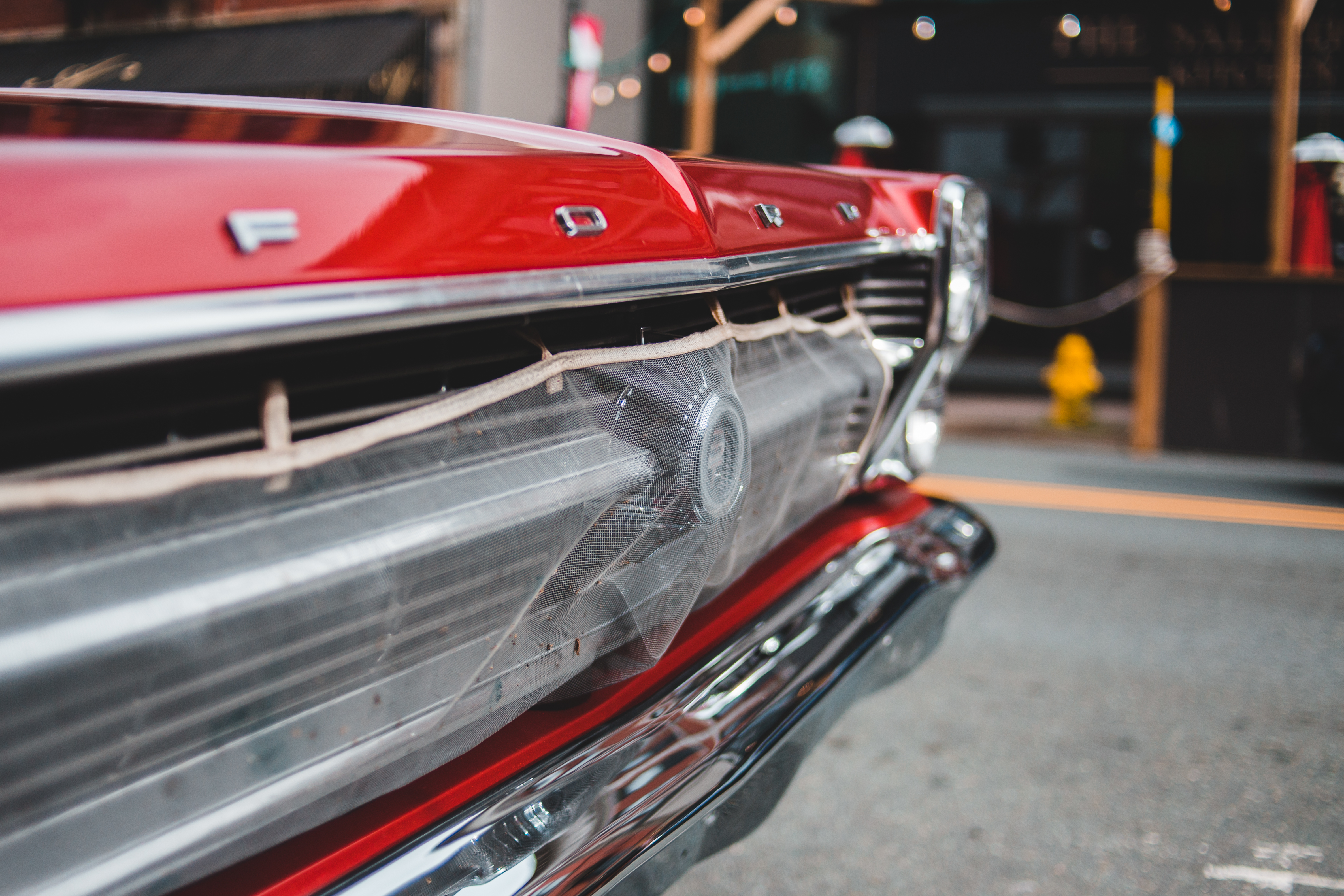 When we write for college courses, we write for an audience other than ourselves. And it is an audience of more than one: the teacher who assigned the piece. A good way to think about the audience (and never forget it) is to imagine that we are writing homework for a popular magazine that is found in multiple copies on the shelves of an equally popular bookstore. For every magazine sold, pretend, we get a percentage.

Our goal, then, is to have as large and widespread a readership as possible, hooking as many browsers as we can, with an effective opener (aka intro). Therefore, we must engage first before we entertain, educate, or inform.

First, the warnings and comments about ineffective (bad) openers

NO to SNORE openers: Forget overwhelming or alienating your readers with comments about how many people in many countries have many different ideas about life and society and all those other blah blah blah hard to understand opening comments. …which really sends the reader looking for a more intriguing read.

NO to HYPERBOLE – Having gone through school as a waitress, I had several regular clients who were also writers, they said. They talked to me throughout my shift, reciting their best work. One kept repeating his description of the rolling green hills kissing the edges of the shimmering waters at the foot of the majestic Golden Gate Bridge…until it drove me so crazy I fantasized about carrying the weight of gleaming glass coffee pots screaming over his head. In other words, don’t overdo it. Don’t bring heavy drama and description that will overwhelm and, again, drive your readers away. Stay with the truth. Stick with openers that work.

We use modes to engage starters…and I’m going to use one here, out of necessity…and spite

I once read an article on how to write web content, how to create a site that attracts traffic (the attention of many). I had already reluctantly given in to the understanding that web content writing is very different from academic writing: it has different goals, different audiences, and different elements that lend themselves to an ‘A’ piece of writing. In fact, it’s so different that to write for the web we have to unravel everything we’ve worked to weave, we have to unlearn everything we’ve learned as college English writers.

So the writer of this article says to start web copy, skip the opener and go straight to the main point (what we know in academia as the thesis). Good. This made sense, I thought, since web readers read differently: they speed read, skim, scan, skip… to draw the most useful information in the least amount of time. (Probably the way you’re reading now, hoping to get the point across.)

-I was with Mr. Web when he explained these facts.

-I was with him as he noted the research findings that support the rationale for sacrificing good academic exposure for a web text.

-And I was there with his tips and tricks, which were great…until he went too far, editorializing about writers who actually use openers:

He stated that writers who rely on openers don’t have “the courage” to get to the point. So he lost me.

Don’t let anyone put your learning writing tricks to shame

We can adapt to almost any rhetorical style. We can adjust our notions of what constitutes good writing. But we must refuse when a procedural writer insults other writing methods. We should even ignore the implications of cowardice as unnecessary ad hominem attacks. False attacks. Fallacious and flaccid and frivolous teaching. Screw that.

Openers in academic writing, whether in a creatively developed literary response or a historical study, are imperative. They are a softer way to engage our readers. At first it is quite difficult to get it right, but mastering them, which is possible, has nothing to do with courage, which comes from the French word “coeur”, heart. We have a lot of heart. We’re studying English, for God’s sake.

Against my wishes, then, this page opens with a statement and gets right to the point. First. But it also has a “grabber” inserted, because we’re looking at grippers and because, well, I can’t help it. I want to model decent prose for you.

Even better, I’ll share with you some samples, written by my former students (who have given permission for the use of their work as models):

Once upon a time, during the era of slavery, white people were afraid of black people, and the “word” was born. That’s why someone came up with the “word”. Two hundred years later, in my sister’s house, the children still use this “word”. Sometimes I even hear myself say this “word”. But guess that? I check myself and correct myself, because when you use the “word” to address someone, no matter who you are or what color you are, it’s total disrespect.

By the age of forty-four, 47 percent of American women will have had an abortion. (Day 6) To describe this statistic as anything other than a tragedy is to deny the sanctity of human life. The Christian debate on abortion is based on the moral and theological dimension[s] of this problem To examine the moral dimensions of abortion without examining the social sphere is to ignore the relationship of mutual dependence that surrounds this debate. (two)

****Appeal to the senses attracts and keeps readers interested. The descriptive opener:

Lately, this house has become a haven of safety, sheltering me from both the elements of nature and the unprovoked and unpredictable malevolence I experience from one of my instructors. My fear is increased by the fact that I seem to be the main recipient of this teacher’s outbursts of evil. Slowly, my gaze travels the room and settles on the play I have to read for my English class. It is the Oleanna of Mamet. I pick up the book and soon find myself drawn to the story. Quickly, it becomes clear to me that this work [deals with] the relationship between a teacher (John) and his student (Carol). While both characters show evidence of an interesting variety of behaviors, I am more hypnotized by John. I begin to wonder if John shows symptoms of an underlying psychological disorder. (3)

Place the readers in the frame, inside the paper. The direct address opener:

You are in the middle of a burning hell. Your mind moves at the speed of light. Yet you are paralyzed with fear. The silence is deafening within the confinement of the four walls. You are no longer in control. You wonder how communication between family members, specifically between Mother and Father, has ceased. Every day that passes, only silence is heard. The usual chatter at the dinner table is greatly reduced. It all boils down to: “Pass me the corn, please.” Or one who excuses himself from the table. (4)

“Generations of students have studied calculus without even seeing its power.” This statement is found in an article by KC Cole titled “Bringing Calculus Down to Earth,” from The Los Angeles Times. I certainly agree with Cole. Earlier in the class course (calculus), he was unsure about the use of calculus and the importance of it. Others like me, as friends, felt the same. For this reason, I suppose, I am doing this research. This research is for students like me to realize that “there is something about calculus”, as Cole states in the article… (5)

Sex is great. For me, it’s about feelings and experiences: the feeling of flesh against flesh, the experience of orgasm after orgasm. Sometimes there is even that feeling of being special, wanted and loved. I guess my parents had sex. It’s not really an image I like to bring to mind. But when my father has sex with someone who isn’t my mother, how am I supposed to feel then? (6)

Is the play, True West, written by actor/writer Sam Shepard, a sublimation of his own sibling rivalry or a rationalization of one? Write about two brothers who are equal in intelligence but opposite in character. The older brother lives by his wits and the younger by his pen. In his own unique style, Shepard uses many symbols that describe the intense emotions that make up these two brothers. He also uses metaphors that take you, the audience, into the depths of anger, pain and the reality of life… (7)

YES to APT openers. Do the modes in which you are better at writing. And do what you love to do. Write what works for you, your audience, and your task.

YES, overlay modes. A narrative opener will have descriptive details. A quote can be combined with statistics and facts. But rather than stumble over the exact boundaries between modes or types of writing passages, focus on the specifics of an opening type as you understand it. The rest will be additional material that will simply enhance your style.

And YES to engaging and seductive introductions that take your readers to the place where your thesis/opinion is waiting to declare its bold and informed truths. That it should never be denied or neglected… any more than its audience should be. 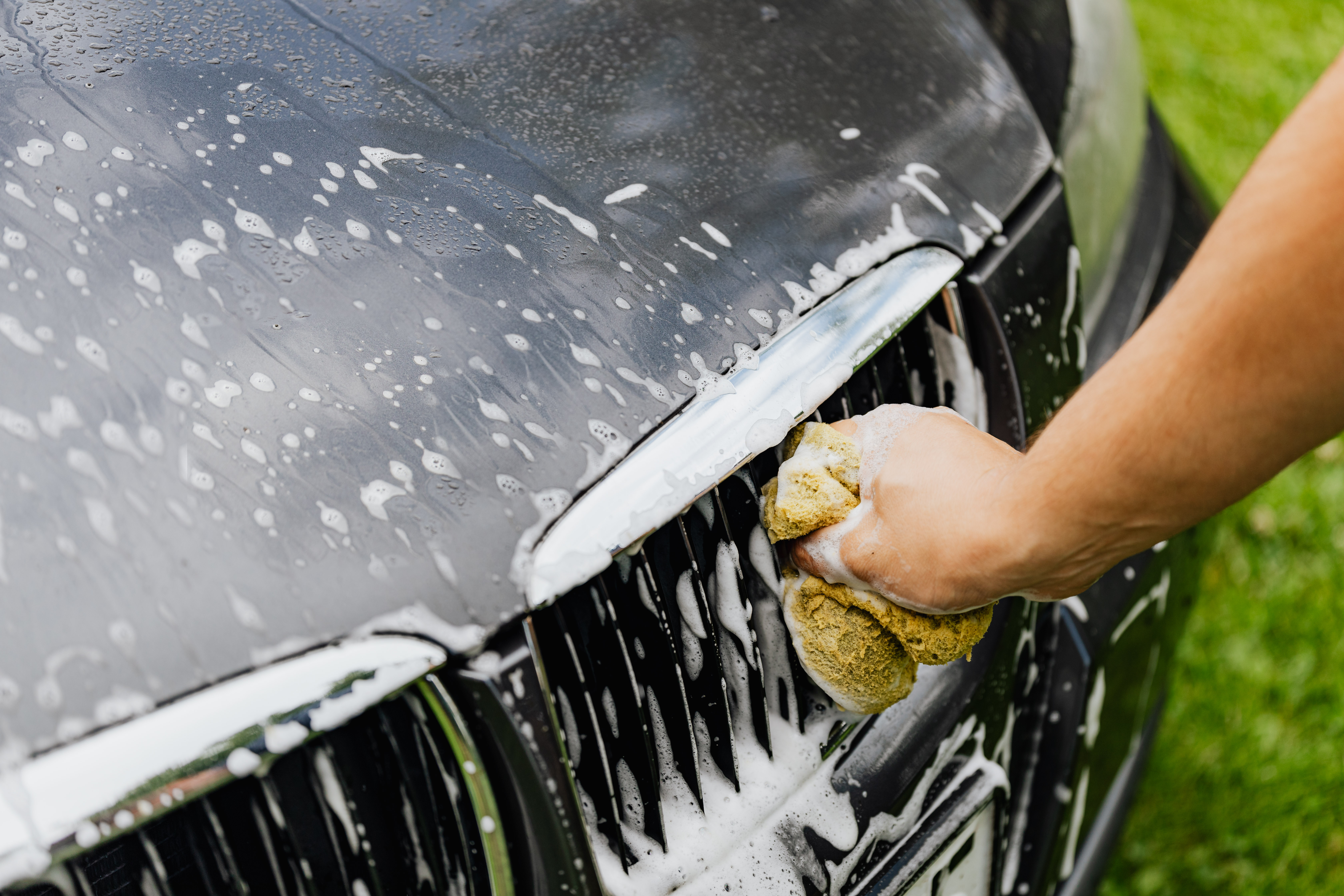 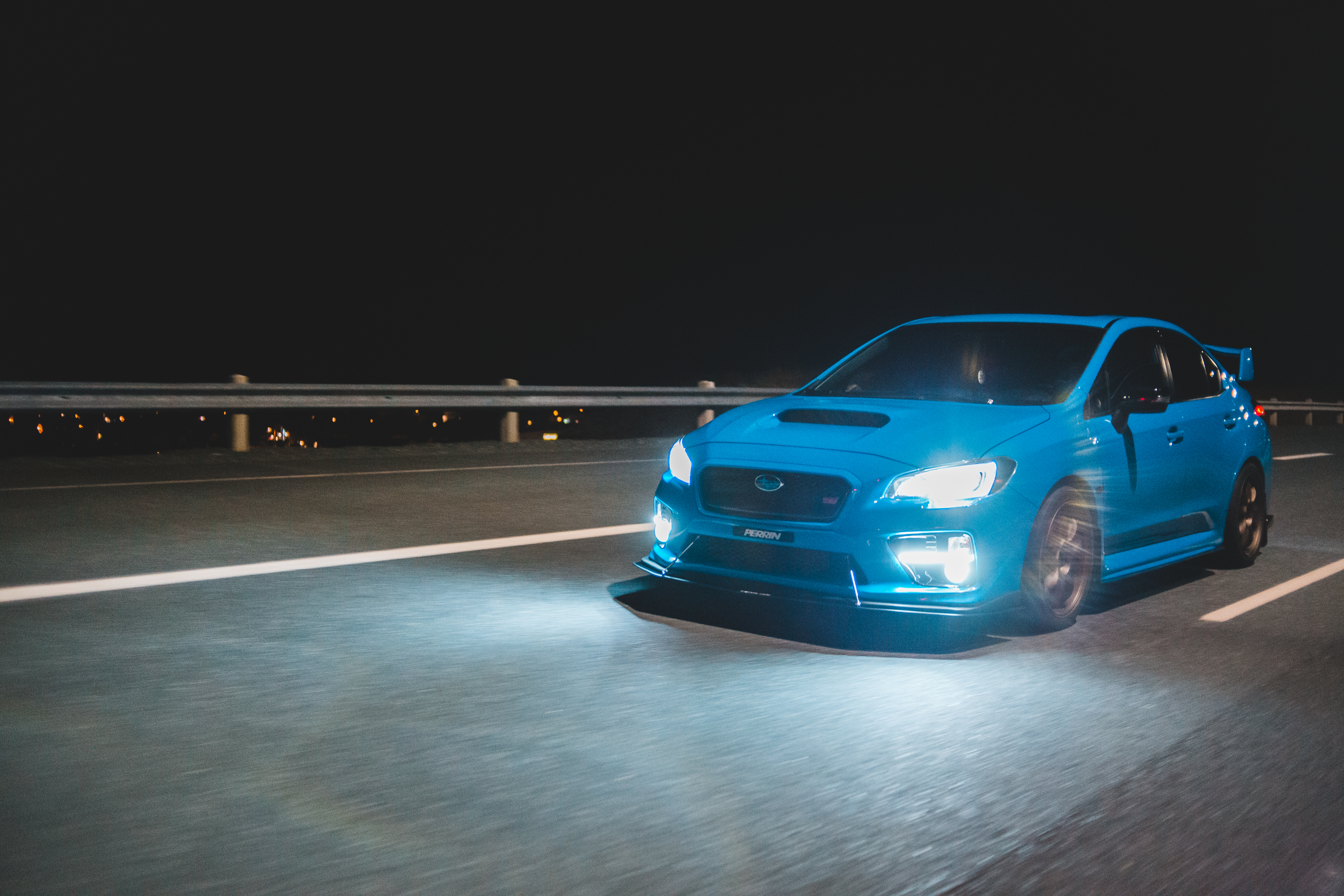 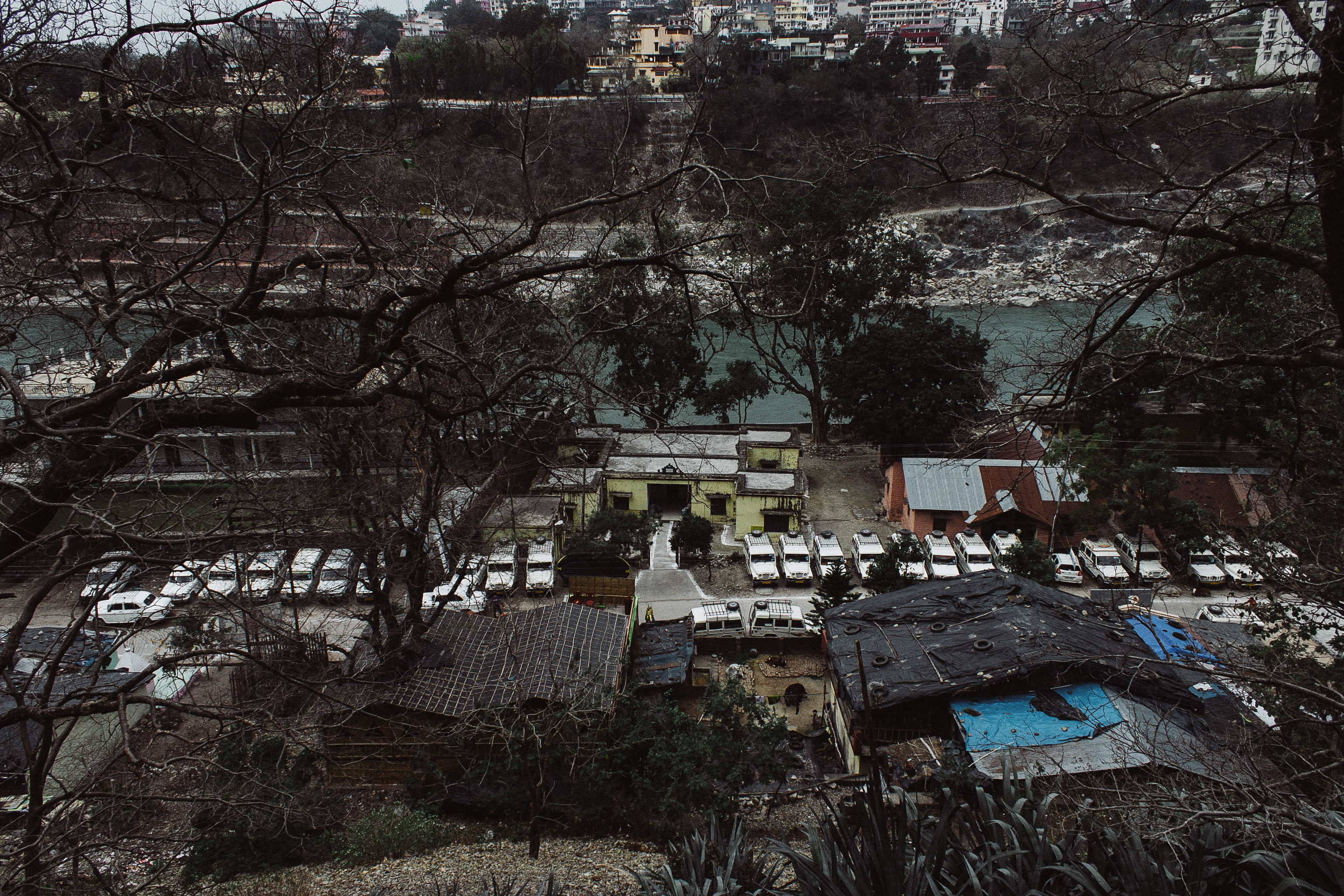